ADAM AMOS and NOEL ROCKS are talented songwriters, singers and musicians. Both write songs, sing and play guitar while Noel doubles on the five-string banjo. Their voices and instruments blend together superbly well creating a sound that has always truly been uniquely their own.

ADAM AMOS
guitar, vocals
Adam is from Scotland, with an Irish mother and Scottish father. Prior to joining up with Noel, Adam performed as a solo singer/guitarist with early influences drawn from contemporary singer/songwriters. This background has enabled him to add another dimension to the Amos & Rocks' imaginative interpretations of the contemporary and traditional songs and tunes they play.

Adam has some fine self-penned songs in his repertoire which, with his sensitive vocals and distinctive guitar work, complement Noel's approach to give the duo an enviable vocal and instrumental strength and depth.

NOEL ROCKS
guitar, five-string banjo, vocals
Noel, born and bred in Belfast, has his roots firmly in the early days of the Ulster folk revival. His love of Americana and bluegrass led naturally for him to play five-string banjo. Before forming the duo with Adam, Noel was involved in many other band line-ups resulting in numerous radio and television appearances in the UK and abroad.

Noel's banjo playing is highly regarded and his distinctive vocals and stage presence is an integral part of the Amos and Rocks' live performances. Noel has now added a number of his own songs to the Amos and Rocks repertoire. 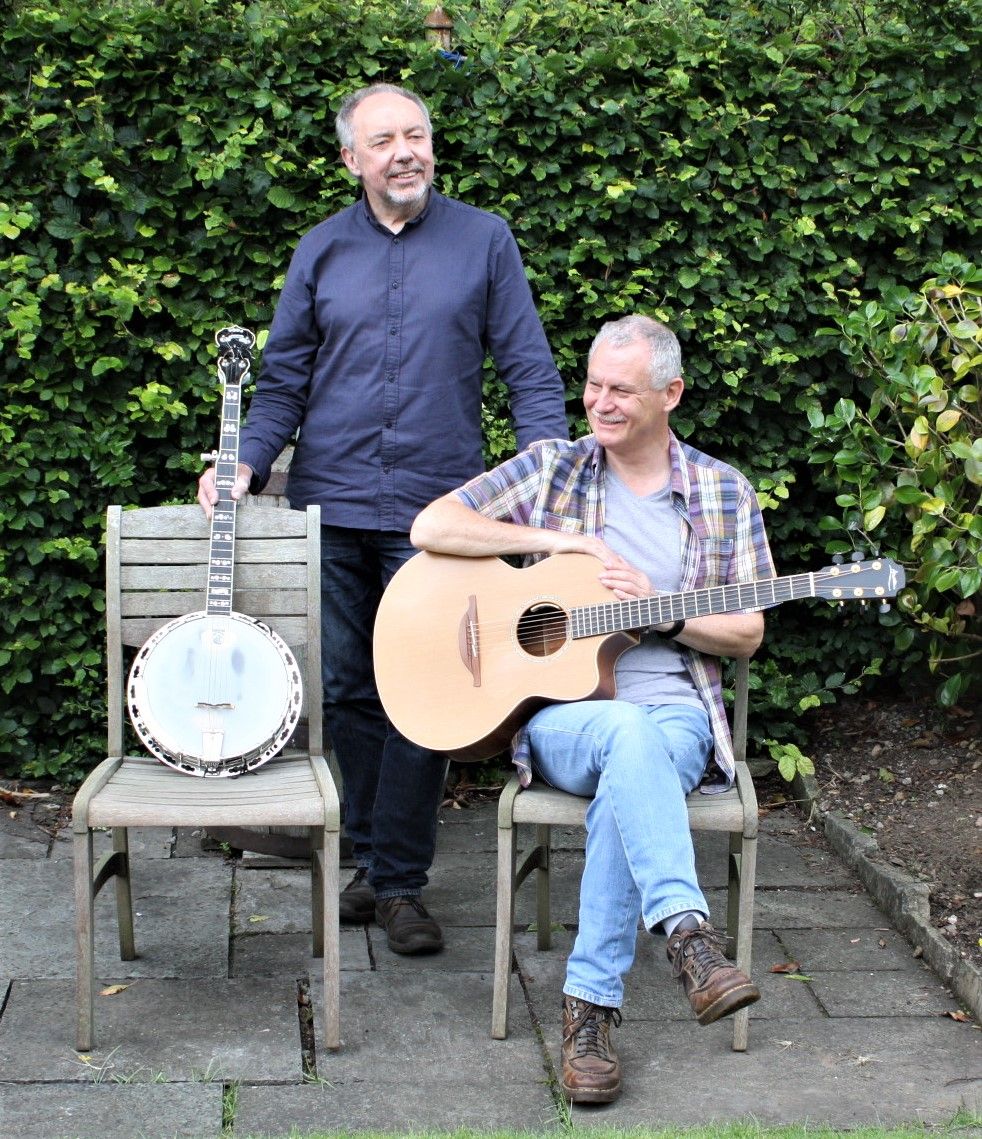 ADAM and NOEL recorded two albums in the 1980’s Their first was ‘Adam Amos - Noel Rocks’ followed not so long after by ‘Casual on the Balcony’. During this period the duo toured extensively throughout the UK and Europe. Eventually Adam moved abroad to live and work and both then pursued their own separate projects for many years. They got back together, however, in 2015 to perform two sell-out shows at the Edinburgh Festival Fringe. Shortly aftewards when Adam returned home to live permanently in Scotland, they started work on their long-awaited third album, ‘Back up to Zero’ in 2019 which was released in March 2020.

BACK UP TO ZERO is mainly a collection of self-penned songs drawn from personal observations, with influences from Scotland, Ireland and North America. The album was recorded by Stuart Hamilton at Castlesound Studios in Pencaitland, Scotland.

ADAM and NOEL were joined on Back up to Zero by a number of excellent musicians: renowned Korean-born cellist, Su-a Lee (Scottish Chamber Orchestra, Mr McFall’s Chamber, La Banda Europa), the legendary David Paton (Pilot, Elton John, Albert Hammond) on bass and the incomparable Kenny Hutchison on accordion and piano, who also produced the recording. Adam played guitar, Noel banjo and guitar and both provided lead and harmony vocals. 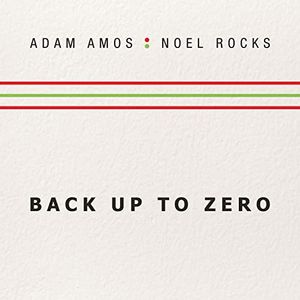 BACK UP TO ZERO is available from Amazon Music

Back Up To Zero is the third album from acoustic singer-songwriter duo Adam Amos & Noel Rocks. It comes after quite some gap since the first two though. Adam Amos and Noel Rocks recorded two albums together in the 1980s and toured around the UK and Europe. Their endeavours as a duo came to a premature end, however, when Amos relocated abroad. Two sell-out reunion shows at the Edinburgh Fringe in 2015 evidently encouraged them to rekindle their working partnership as a permanent set-up once more and they began working on Back Up To Zero in 2019, on Amos’s return to live in Scotland.

The album comprises eight original songs along with one traditional number and one cover. The duo (Amos guitar/vocals and Rocks guitar/banjo/vocals) say the songs are mainly drawn from their personal observations, with influences from Scotland, Ireland and North America.

Both Amos and Rocks are each accomplished song-writers and their reflective, thoughtful but easy-on-the-ear lyrics align nicely with some gentle, catchy melodies. The Americana as well as the Celtic influences shine through and it makes for a very pleasing mix. An engaging and likeable album from this duo let’s hope there’s a good few more gigs and a few more albums in them yet.